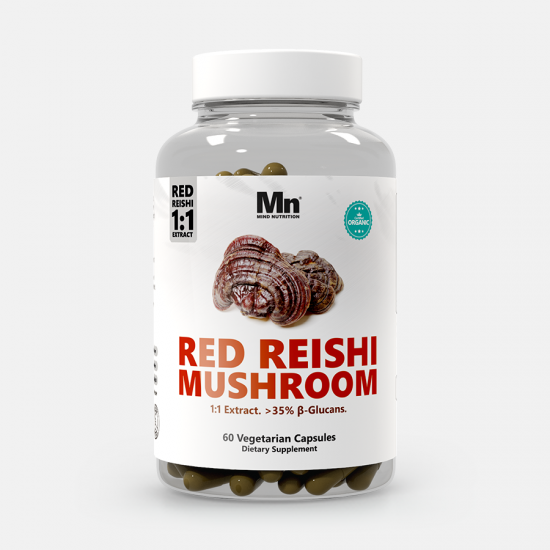 What are Red Reishi Mushrooms?

Reishi mushroom has been revered in China for thousands of years. It is depicted in many Chinese works of art and is utilized in Traditional Chinese Medicine. Today it is widely cultivated using a method of wood log cultivation in shade houses.

Scientific research into the compounds responsible for Reishi mushroom activity began in the 1970’s in China and Japan. Scientists discovered highly active beta-(1>3)-glucans with the ability to potentiate innate immunity by activating immune cells. Also discovered were secondary metabolites called triterpenoids which were present in significant amounts and sets Reishi apart from all the other medicinal mushrooms.

Where to buy Red Reishi Mushroom

Our Red Reishi Extract is produced by Nammex, which means it's certified organic and guaranteed to be of the highest quality. This extract provides over 35% Beta-Glucans.

Why Liver Health Is Important For Energy

Many people are completely unaware of the vital role the liver plays in supporting optimal health. Most of us probably think back to high-school when we were taught how excess...

Suggested Use: As a dietary supplement, take 2 capsules once per day, with a glass of water.

Warning: Do not use if the safety seal is broken. Always consult with a medical practitioner prior to use of this or any dietary supplement. Discontinue immediately if any adverse effects occur and contact your healthcare practitioner. KEEP OUT OF REACH OF CHILDREN.