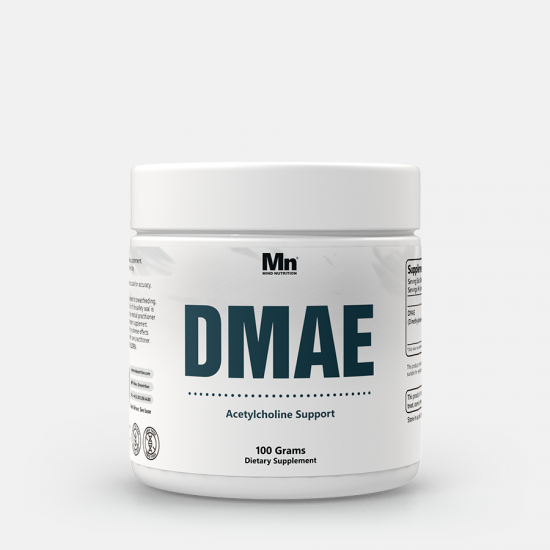 DMAE is naturally found in foods and makes up part of what is known the be the 'good' parts of oily fish.

It is used to promote mood and energy levels by many people, as well as improve concentration and levels of focus.

DMAE is also a comon source of choline, and has shown to replenish acetylcholine levels. Acetylcholine is a neurotransmitter that functions as the energy currency of the brain, fueling the cognitive process.

A side benefit attributed to DMAE supplement is that users report a very mild stimulatory effect after continued use for over 3 weeks.

Suggested Use: As a dietary supplement, take 2 capsules, ideally in the evening with a glass of water. Neurochill® is best taken on an empty stomach between meals, about an hour before bed. Do not exceed four capsules in any 24 hour period unless otherwise directed by a healthcare professional.

Warning: DO NOT use if under the age of 18 or if the safety seal is broken. Consult with a medical practitioner before taking this nutritional supplement, if you have or suspect a medical condition or are taking any medications or dietary supplements. If you experience any adverse reactions from taking this product, discontinue use immediately and contact a healthcare practitioner. Store in a cool dry place.
KEEP OUT OF REACH OF CHILDREN.