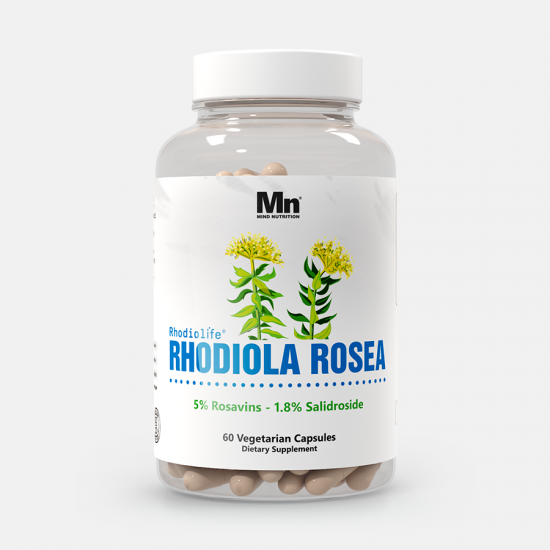 What is Rhodiolife® Rhodiola Rosea 5/2?

Rhodiolife is produced by Nektium, one of the world's leading ingredient manufacturers of high-quality Rhodiola Rosea extracts. Nektium is one of a few select companies that are authorized by a special permit issued by the Russian Government to export Rhodiola Rosea from the pristine Altai Mountains in Siberia.

Because of their extensive experience working with this particular ingredient, and their full control of the supply chain, the grade of Rhodiolife®’s bioactives is guaranteed every time. We're thrilled to be stocking Rhodiolife® in the UK!

Rhodiolife® is a powerful adaptogen that produces a non-specific state of resistance in the body to physical, emotional or environmental stress. It has a normalizing effect on the body helping to restore normal physiologic function that has been altered by chronic stress and is therefore ideal to use to improve focus and energy.

The adaptogenic activity of Rhodiolife® is attributed to the presence of four principal active ingredients: salidroside, rosin, rosavin and rosarin.

Rhodiolife®, like moany Rhodiola Rosea extracts, is standardized to the content of salidroside and rosavins. Rosavins are collectively made up of rosin, rosavin, and rosarin.

Publications indicate protection of muscle mass, reduced fatigue and stress resistance. Rhodiolife® has been studied in both in vitro and in vivo models, and it showed a significantly sustained increase in mental energy.

Rapid onset: long lasting effect Rhodiolife® ingestion resulted in a rapid onset of stimulant activity, but with beneficial effects lasting for at least five hours. The EEG signature was very similar to the signature of Caffeine, Paullinia cupana, and Ginkgo biloba.¹

Memory: Rhodiolife® increases Long-Term Potentiation in the hippocampus, related to improvements in spatial and temporal memory.¹

Suggested Use: As a dietary supplement, take 1 capsule once or twice per day. Do not exceed 4 capsules in any 24 hour period.

Warning: Do not use if pregnant or breastfeeding, or if the safety seal is broken. Always consult with a medical practitioner prior to use of this or any dietary supplement. Discontinue immediately if any adverse effects occur and contact your healthcare practitioner.