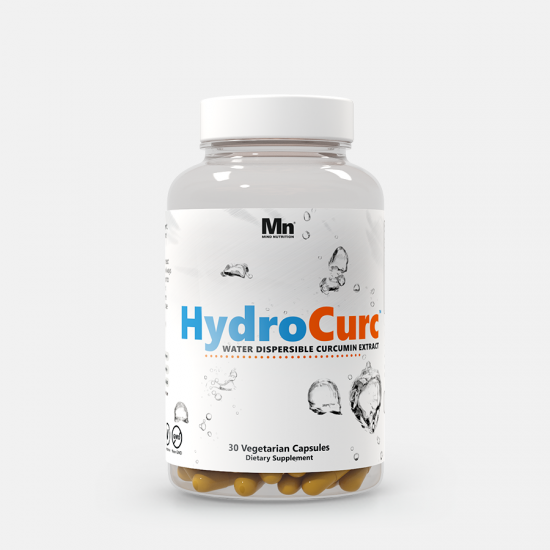 What is HydroCurc Curcumin Extract?

Standard Curcumin extracts are poorly absorbed in the body, and often combined with piperine (black pepper extract) to overcome this. HydroCurc™ has been shown to be one of the most bioavailable forms of Curcumin extract available today. Enhanced with LipiSperse™ technology, HydroCurc™ is completely water soluble for maximum absorption in the body. As a result, HydroCurc™ doesn't need to be combined with piperine, nor does it contain any.

Curcumin is a powerful antioxidant extracted from turmeric root and has been shown to neutralize free radicals in the body. Free radicals are a natural byproduct of cellular oxidation. Free radicals can damage DNA, which can have health implications as you age. Curcumin is a great foundational compound for any anti-inflammatory and cellular-health supplement stack. Consuming Curcumin supplements shall give all the health benefits of the turmeric roots.

Curcumin is also a superb anti-inflammatory agent. Inflammation is a substantial cause of many conditions, and curcumin has shown to be effective at reducing inflammation. Curcumin has also demonstrated positive effects on neurotransmitter and BDNF levels.

Perhaps the most important factor in what makes HydroCurc™ so great is the fact that it uses a special delivery carrier that only accounts for only 15% of the ingredient structure.

While most lipid-carrier based forms of enhanced curcumin are made up predominantly of the carrier - often containing just 20% of actual curcuminoids, requiring a much higher dosage. This can get expensive.

For example, a 500mg dosage of the popular Longvida® curcumin extract delivers 115mg of curcuminoids, at 23% curcuminoid content. HydroCurc™, on the other hand, provides a substantial 425mg of curcuminoids per 500mg serving - almost 4x as much. HydroCurc™ is so bioavailable that you only need a comparably small dose in order to deliver the same amount of curcuminoids, just 140mg in this case. We recommend 400mg per day.

While standard curcumin is insoluble in water, HydroCurc™ is dispersed in water resulting in significant bioavailability, delivering curcuminoids to the body at a faster rate than standard curcumin extracts. How much? Below are the comparisons based on a randomized, double-blinded pharmacokinetic study. 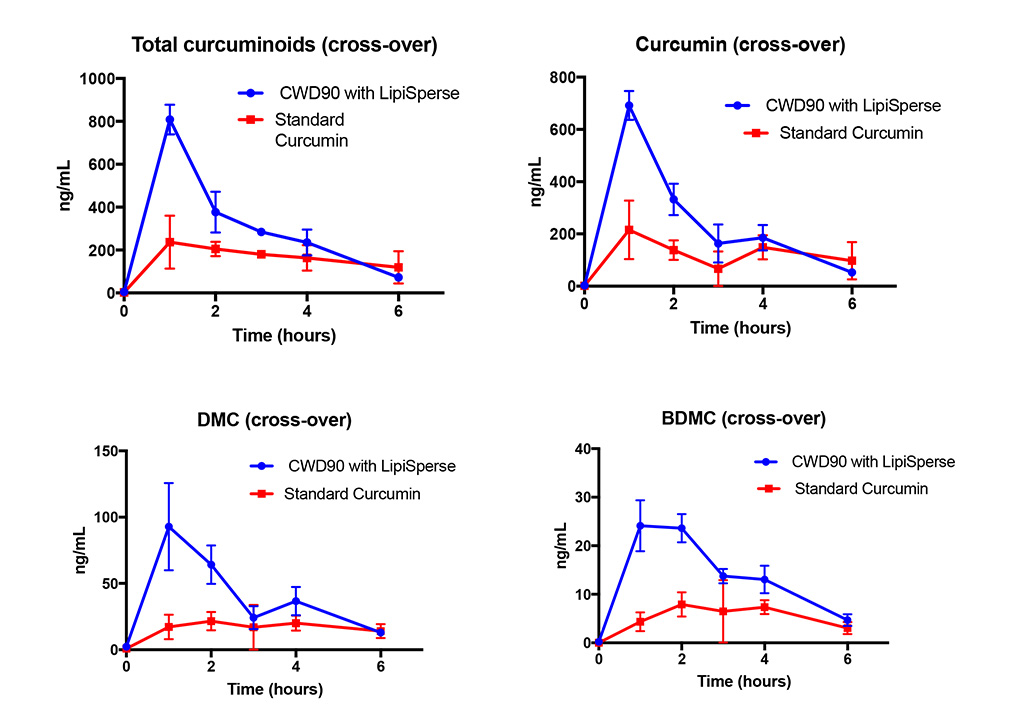 How does HydroCurc™ Compare to other Curcumin Extracts?

Based on studies, HydroCurc™ is shown to be more bioavailable than other forms of Curcumin.¹ Below is a table which compares the differences in bioavailability between various curcumin extracts, based on the data presented in their respective published trials.

Pure HydroCurc™ curcumin extract capsules are available from Mind Nutrition in 30 capsule quantities. We recommend a dose of 1 capsule per day, but this can safely be increased to higher dosages depending on your desired goals.

The Art and Science of Biohacking The Brain

The quest for better brain performance is something many people are seeking. But what makes this so desirable? Well, it’s likely due to the fact that mental health issues are now...

Why Nootropics are Critical for the Modern Lifestyle

The unrelenting quest for a positive mood, greater tolerance to stress and deep connecting relationships with others in our environment has never been so highly demanded in human...

Why Liver Health Is Important For Energy

Many people are completely unaware of the vital role the liver plays in supporting optimal health. Most of us probably think back to high-school when we were taught how excess...

Suggested Use: As a dietary supplement, take 1 capsule once per day.

Please note that Curcumin can easily stain, so take care not to spill and ensure the container is always sealed tightly.

Warning: Do not use if under the age of 18 or if safety seal is broken. Always consult with a medical practitioner prior to use of this or any dietary supplement. Discontinue immediately if any adverse effects occur and contact your healthcare practitioner. KEEP OUT OF REACH OF CHILDREN.