Product successfully added to your shopping cart
Quantity
Total
There are 0 items in your cart. There is 1 item in your cart.
Total products (tax incl.)
Total shipping (tax incl.) To be determined
Tax £0.00
Total (tax incl.)
Continue shopping Proceed to checkout
Sign in & Register
> Teas and Resins>Altai Shilajit Resin 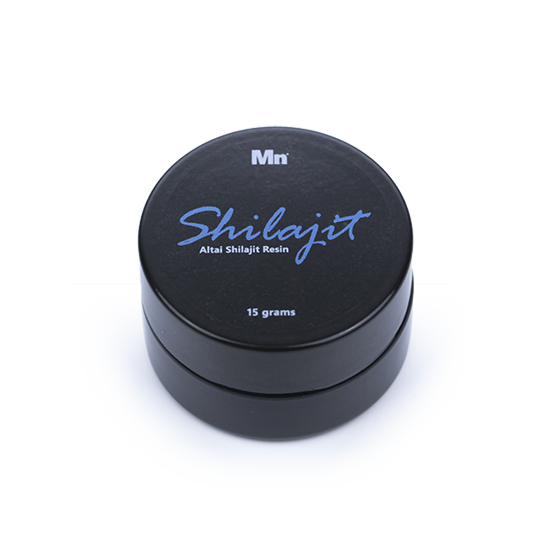 What is Shilajit Resin?

Shilajit is a sticky resin found primarily in the rocks of the Himalaya and Altai regions. It is said to develop over centuries due to the decomposition of organic plant matter.

At room temperatures, Shilajit is a soft, sticky resin that dissolves easily in warm water. If it is stored in a fridge or cold environment, it will harden and become much more difficult to work with. This doesn't affect the quality, and Shilajit resin has been said to have a significant shelf life of many, many years.

Shilajit has been used in Ayurveda for centuries. It is a very safe and useful supplement that has shown to exhibit a number of positive effects on general health and well-being.

What is the composition of Shilajit?

Shilajit contains over 85 various minerals, including Fulvic Acid. These range from vitamins such as:

Most importantly, original Shilajit is rich in Fulvic Acid, a powerful anti-inflammatory and antioxidant.

What are the benefits of Shilajit?

Fulvic acid may protect against free radicals and cellular damage.

There have been studies demonstrating Shilajit's positive effect on sperm count in men; based on this study, 200mg of Shilajit daily for 90 consecutive days was shown to raise sperm count by 61% and sperm quality by 37%.

In a more recent study, 250mg of Shilajit daily, also for 90 days, was able to increase total-testosterone and free-testosterone by 20% and 19% respectively. These results are relatively consistent with the previous study.

Chronic Fatigue Syndrome (CFS) has been associated with mitochondrial dysfunction, and a study on rats was found to provide promising improvements.

Another study found that Shilajit can activate GABA receptors, which has the potential to reduce anxiety and aid in sleep quality.

Finally, this study has demonstrated the potential for Shilajit to prevent Alzheimer's Disease, showing strong applications on cognition. Another study shows Shilajit combined with B-Vitamins may also have benefits for this disease.

To summarize, Shilajit has shown potential benefits for the following:

As a result, regular use of shilajit may contribute to longevity, a slower aging process, and overall better health.

How to take Shilajit?

Shilajit resin is best used at 250mg, a rice-sized amount of resin, dissolved in a glass of warm water and taken in the mornings.

Avoid contact with metal objects, ideally using plastic or wooden scoops to extract a serving of this resin. Metal objects can cause oxidization of this mineral.

Where to buy Shilajit Resin?

Suggested Use: Take 250mg of Shilajit resin either sublingually or dissolved in a glass of warm water once per day, ideally in the mornings.