Product successfully added to your shopping cart
Quantity
Total
There are 0 items in your cart. There is 1 item in your cart.
Total products (tax incl.)
Total shipping (tax incl.) To be determined
Tax £0.00
Total (tax incl.)
Continue shopping Proceed to checkout
Sign in & Register

I’m sure you are familiar with neurotransmitters; they are the little signalling molecules that travel across synapses and trigger a response in the target cell, either a neuron or a motor end plate in skeletal muscle – for the purposes of this discussion, anyway, though they do work in other tissues as well.

You probably have heard of acetylcholine (ACh) before, just as you have likely heard of dopamine and serotonin – the other ‘main’ neurotransmitters, besides GABA and glutamate.

But did you know that unlike all other neurotransmitters which are re-absorbed and re-released time and time again, ACh is actually broken down (by the acetylcholinesterase enzyme) and excreted, meaning that you need to constantly replenish it, if you want to maintain levels. Now choline (which later converts to ACh) is found in a variety of foods, from egg yolks to fish, and that’s fine for your ‘regular joe’ who neither studies intensively nor trains his body, or requires intense mental focus on a daily basis.

For those of us who do any of these things, we need to ‘over-replenish’ or boost our ACh levels to ensure that their accelerated depletion (brought about my intense mental or physical effort) is compensated for.

How can we do this? Well, we could eat nothing but egg yolks and oily fish all day, every day, but that would be expensive and unsociable. Instead, there exists a range of supplements that we can take in a convenient pill, powder or liquid that readily converts to ACh on a grand scale. The king of these is undoubtedly Alpha-GPC (alpha-glycerylphosphorylcholine/AGPC) as it is the latest generation of these supplements and requires a relatively low daily intake at reasonable cost/dose.

Why do we consider ACh to be THE performance neurotransmitter?

Well we need to understand its roles in the nervous system to be able to answer that question.

Firstly, within the central nervous system (brain and spinal cord), ACh is the primary neurotransmitter in 2 very important areas. It is used in the pre-frontal cortex (located right behind the forehead) which is the ‘seat of higher thought and personality’ as my neurophysiology lecturer once described it. As such, ACh helps us to grasp abstract concepts and new ideas, as well as giving us the ability to entertain and amuse strangers at parties! OK, so the last bit is only half true, since if you are a shy or socially awkward person, ACH won’t bring you out of your shell, but it will facilitate ‘sharper’, wittier conversation, if that’s who your personality is.

When studying new material, the pre-frontal cortex is crucial in developing understanding and integration of new material with your existing knowledge framework. It is also key in adapting and improving existing ideas and models, giving them your own individual perspective and ‘use framework’.

Secondly, when it comes to physical exertion, especially maximal exertion (think ‘gym’), AGPC has a key role to play, since within the peripheral nervous system (the nerves that lead from the spinal cord, down the limbs, to the skeletal muscles), ACh is the neurotransmitter that crosses the neuromuscular junction (NMJ) and initiates muscle contraction.

So if you like your resistance exercise, then AGPC is for you. 700-2000mg about 40-60 minutes pre-training, would be a decent starting protocol, which you, the ‘nootraveller’ (nootropic traveller/experimenter) should tailor to your own response curve.

As a student, ACh can be taken in smaller amounts (e.g. 500mg) but 2-5 times per day, to keep a constant influx. Again, the cognizant nootraveller will want to experiment.
As a further ‘trick’ up AGPCs sleeve, it has been shown in some studies to increase levels of growth hormone (GH) during sleep. Since GH promotes leanness (with appropriate nutrition) and healing, this is a benefit that is not to be taken lightly.

Further to this, AGPC has been shown to improve the symptoms of vascular dementia, which is a fairly common effect of ageing/senility.

In conclusion, we can see that ACh is involved in both study/mental processes as well as physical/muscular effort. Further, ACh is depleted normally by such activities, but is especially depleted by intense study or activity. Since AGPC has been shown to replenish ACh levels, we can conclude that it is likely to be highly useful to both the student/mental athlete as well as the physical athlete.

Our recommendation for dosing:

As a pick-me-up after a heavy night: 1000mg with 2 capsules of Neuroprime to soothe the CNS. 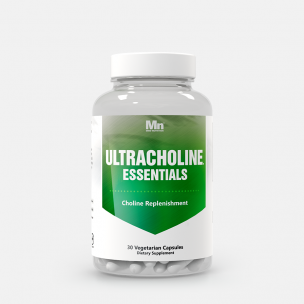 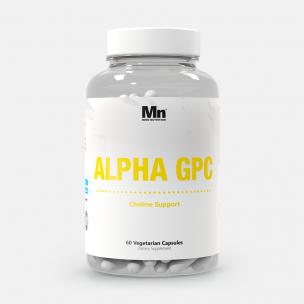