No Shipments on Thursday/Friday, 24/25 November due to Royal Mail Strike. Learn more.

Please note that some delays are expecting as a result of these service disruptions.
We are aware that some orders are being affected by recent strikes, and we are working to resolve this for any customers affected.

We apologise for any disruptions caused.

Thank you for your understanding.

Successfully added to your basket
Quantity
Total
There are 0 items in your cart. There is 1 item in your cart.
Total products (tax incl.)
Total shipping (tax incl.) To be determined
Tax £0.00
Total (tax incl.)
Continue shopping View Cart & Checkout
Sign in & Register

Often, the full name of supplements gets compressed into acronyms and this can get confusing (for example N-acetyl-L-Tyrosine becomes NALT, dimethylaminoethanol becomes DMAE, etc), especially when dealing with 2 supplements that have (at least, in the mind of the consumer) such similar functions or effects.

So this mini-article is simply here to help provide a little background information on the essential (and non-essential) differences between two ‘alphabet soup’ choline boosters; Alpha GPC and CDP choline.

It seems logical to begin with the ‘alpha’ i.e. alpha GPC, so here we go:

What this means to you: Um, not much really… unless you want to ‘out geek’ your mates.

2. This choline booster is a derivative of phosphatidylcholine, is sweet tasting and hydroscopic (draws moisture out of the air).

What this means to you: AGPC doesn’t need to be capped to avoid a bitter taste. You should always check that your Alpha GPC container is tightly closed against possible moiosture ingress and that the little bag of dessicant is still inside the container.

3. Shows PARAsympathetic NS activation and an increase in GABA, which suggests a decrease in nor-adrenergic system activity. – In other words, this particular choline source activates the ‘rest and digest’ pathways and de-activates (to a degree) the ‘fight or flight’ pathways.

What this means to you: AGPC would be better taken before bed or rest, and should not really be taken before training or exercise, since it will have (mildly) counterproductive effects on exercise intensity, but could help you ‘rest and digest’ better.

4. Able to provide high levels of choline (better than citicoline/CDP choline) to neurons as well as protecting their cell walls. Excellent tolerability – 44/2044 (2.4%), proven therapeutic role in pts with acute stroke or TIA.

What this means to you: As a choline replenishment agent, Alpha GPC is the more effective choice over CDP choline (but CDP has other tricks up its sleeve, as we will see later). Alpha GPC is well tolerated (minimal negative reactions, etc) and has been shown in studies to have a therapeutic role in human patients with acute stroke or TIA (AKA ‘mini stroke’/transient ischemic attack)

5. PROVEN therapeutic role on cognitive recovery of patients with alzheimers.

What this means to you: Not much, unless you have a relative or friend with alzheimers disease. Interestingly, there may be much benefit to be had form coconut oil in the treatment of alzheimers, since CO is an MCT that is easily accepted into the neuron where it provides energy – something that the alzheimers neuron struggles with – hence why this terrible condition is beginning to be referred to as ‘type III diabetes’.

2. Is an intermediate step in the formation of phosphatidylcholine (PC) from choline (not a derivative – as Alpha GPC is).

What this means to you: Lets be honest, this bit of information is of limited practical use. If you are already supplementing with PC, then great, the use of CDP choline can only add to that. If you are NOT supplementing with PC, then the use of CDP choline might augment the production of PC  (PC is a very ‘healthful’ compound, with several important functions in the nervous system). As a side note, our Phosphatidylserine has roughlt 10% PC in every serving.

3. CDP Choline is a psychostimulant nootropic.

4. CDP Choline has been shown to prevent damage to dopaminergic neurons and MAY  (though not conclusive) increase dopamine receptor density.

What this means to you: Dopamine is hugely important in terms of motivation, desire, pleasure, satisfaction and ‘zest’ for life, etc. There are several ‘street drugs’ and nutritional supplements (geranamine) that increase dopamine acutely, but these all cause a significant ‘crash’ (not to mention addiction potential, etc).

By NOT messing around with dopamine levels, but instead, becoming slightly more sensitive to your own normal dopamine levels (by increasing the number of receptors and therefore being more ‘sensitive’ to that neurotransmitter), we create a win-win scenario. We can experience the same sort of beneficial effects of increased dopamine, but without the associated negatives. So we get more ‘drive’ and ‘zing’, but without the crash or the addiction. This is a big reason for us including CDP Choline in Neurodrive.

5. Just like Alpha GPC, CDP choline has been shown to be well tolerated (side-effect free) and to exert a protective effect on neuron membranes as well as having a proven beneficial effect against alzheimers and other age-related cognitive diseases.

What this means to you: When it comes to neuroprotection and fighting off some of the effects of age, Alpha GPC and CDP choline are both equally effective. Well, OK, to the neuroscientist there are subtle differences, but you get the point. 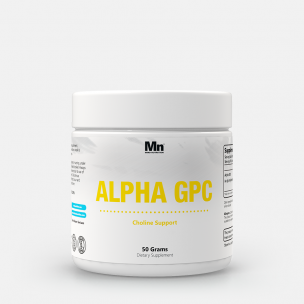 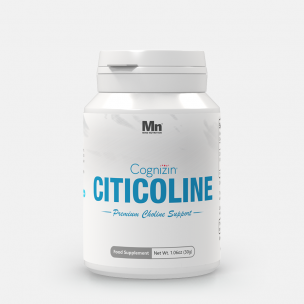