Worldwide Delivery from the UK. Free Shipping over orders over £35 Domestic & £200 Globally. Brexit concerns? No changes until 2021.

> Blog >How Do Nootropics Differ From Antidepressants?

How Do Nootropics Differ From Antidepressants?

This question is often raised in the biohacking community. But what are the differences? Whilst, there are many overlapping features of both antidepressants and nootropics, there are some very critical differences that need to be understood.

Although nootropics are a relatively new term in this space, many of them do have an impact on mood and wellbeing, and thus can exert antidepressant-like qualities.¹ As you may recall, there are very strict criteria for a herb, supplement or compound to be considered a nootropic. This criterion was established by the Romanian chemist Corneliu E. Giurgea, in 1964 as he discovered the all-famous nootropic, Piracetam.² This criterion states that a nootropic must:

In this article, an exploration of the therapeutic properties of nootropics will be explored. In addition, an understanding of how various classes of antidepressants will be presented. Finally, a comparison will be made of these two classes of compounds will be analysed. 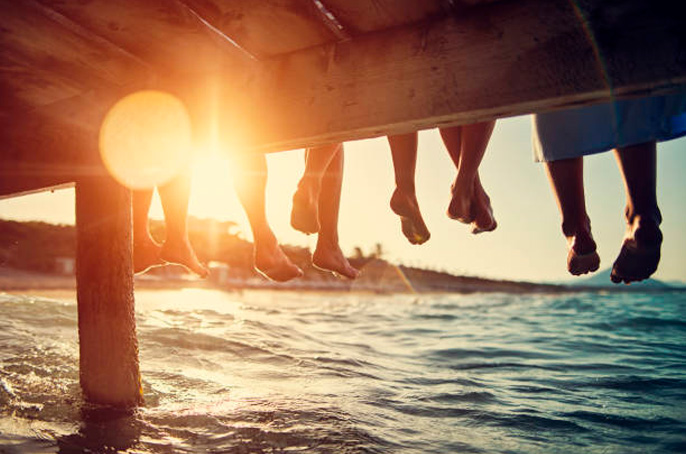 Let’s start by understanding and addressing the impact nootropics can have on mental functioning, staving off neurodegeneration and promoting optimal brain function during stressful conditions.

As we discussed earlier, nootropics must be neuroprotective and protect us against chemical toxins and drugs.³ A perfect example of this is L-Theanine. A vast amount of research supports the notion that L-Theanine can exert a neuroprotective effect. It is characteristically present in tea leaves (Camellia sinensis), but can also be purchased a standalone nootropic to complement almost any stack. It has a similar chemical structure to glutamate, which is a neurotransmitter related to memory.?

However, excessive glutamate activity is neurotoxic, when the balance is disturbed. Theanine passes through the blood-brain barrier and has been shown to have a cerebroprotective effect and a preventive effect on neuronal cell death after transient cerebral ischemia - put simply, lack of blood flow and oxygen supply (4). The neuroprotective effect is partly due to the antagonistic action of theanine on glutamate receptor subtype AMPA and kainate receptors.?

Interestingly, many nootropics, whilst exerting neuroprotective effects against the external environment, can also support balance and homeostasis when faced with intrinsic stressors, such as heavy metals. Take a look at Bacopa monnieri. This historical herb has been demonstrated to protect humans against the insult that heavy metals pose to mental functioning!

One study demonstrated that Bacopa monneri significantly reduced the lipoxygenase activity in the brain. It inhibited hydrogen peroxide-induced lipid peroxidation in mouse brain homogenates and also had a significant iron chelating property.? Interestingly, The  Bacopa extract when given in the dose of 20 and 40 mg/kg, orally once daily for 5 days was found to have significant antidepressant activity in rats forced to swim and learned helplessness models of depression and was comparable to that of imipramine.¹?

But you may be wondering why Iron is considered a heavy metal…?

Well, this is because Iron is the second most reactive heavy metal following mercury and is prone to oxidation (think rusting bike wheels), and thus can cause major oxidative stress and harm the human brain when in excess quantities.?

Here, the iron chelating property of Bacopa monnieri needs special emphasis, since other divalent metals interact with A? protein and modulate several effects that are thought to be the pathogenic effects of the protein studied the development of Alzheimer’s disease. This study proved that Bacopa monnieri administration resulted in significant chelation of iron in an incubated substrate which demonstrates another mechanism for anti-dementia activity.?

But essentially, you may still be wondering, do antidepressant medications also exert neuroprotective qualities? Let’s dive deeper below.

How Do Antidepressant Medications Work? 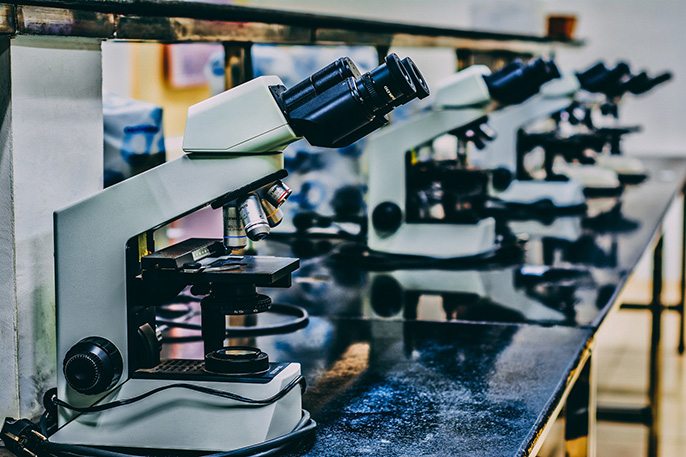 Firstly, we must understand that there are many categories of antidepressant medication, and some of which exert similar effects on the brain as do specific nootropics.

The main classes currently on the market are:

Now when we analyse each of these classes, we will soon be able to see how these exert powerful effects on neurotransmitter release, uptake, receptor changes and binding affinities to various receptors.

What is interesting to highlight is that many antidepressant drugs take time for a user to see improvements in depressive symptoms.? Notably, and particularly relevant, is that antidepressant drugs typically require chronic administration (i.e., several weeks) to achieve therapeutic efficacy. This delay is thought to partly reflect the time required for autoreceptors to desensitize so as to facilitate serotonin neurotransmission.? Rather than the desensitization, it is suggested that the progressive increase in the number of serotonergic neurons with desensitized 5-HT1A autoreceptors may play a critical role in the slow development of the antidepressant actions of SSRIs.? Extensive research has been done to study the changes to serotonergic signaling induced by chronic SSRI administration.

However, desensitized 5-HT1A autoreceptors are hypothesized to be a leading theory as to why antidepressants cause sexual dysfunction, such as erectile dysfunction, genital numbness, anorgasmia and vaginal dryness.²³ So clearly, users would not want this!

Monoamine oxidase inhibitors (MAOIs) were first introduced in the 1950s. They are a separate class from other antidepressants, treating different forms of depression as well as other nervous system disorders such as panic disorder, social phobia, and depression with atypical features. Examples of atypical features are oversleeping and overeating. Even though MAOIs were the first antidepressants introduced, they are not the first choice in treating mental health disorders due to several dietary restrictions, side effects, and safety concerns.¹¹ Essentially antidepressant medications have a very specific action in the brain, and are rarely capable of improving memory, reducing free radical damage, protecting the brain from chemical stressors or injuries.

Monoamine oxidase inhibitors are responsible for blocking the monoamine oxidase enzyme. The monoamine oxidase enzyme breaks down different types of neurotransmitters from the brain: norepinephrine, serotonin, dopamine, as well as tyramine. MAOIs inhibit the breakdown of these neurotransmitters thus, increasing their levels and allowing them to continue to influence the cells that have been affected by depression.¹¹ This mechanism of action, is in fact, very similar to some nootropic compounds, such as Curcumin. However, what’s highly important to note is that Curcumin does not possess the same side effects as pharmaceutical grade antidepressant medications.²?

A Comparison Between Antidepressants and Nootropics 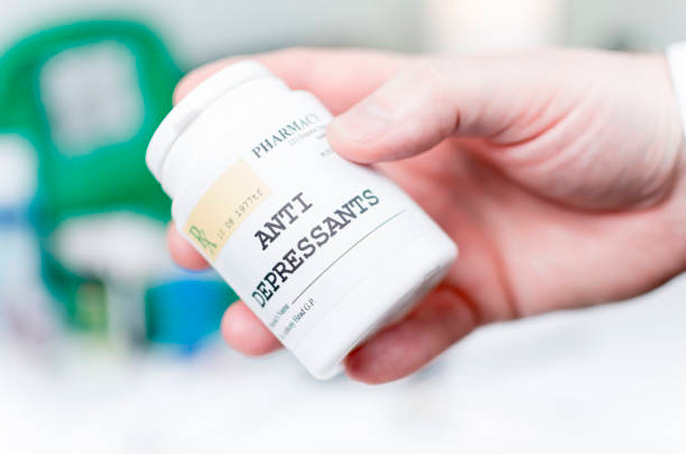 So the two classes have clashed. Which one is better in the long run? Which one has fewer side effects? Why would I choose nootropics over antidepressants?

Firstly, let’s revise our understanding of toxicity. You see, many antidepressant medications are very toxic to the liver, and as a result, can lead to serious issues in the long run.¹² On the contrary, nootropics such as Saffron, Ashwagandha, and ALCAR (Acetyl-L-Carnitine) all possess very low rates of toxicity in humans.¹³ ¹? ¹? However, liver toxicity and damage can lead to various issues in the future, such as poor detoxification, worsened skin quality, sleep issues and other hormonal imbalances.¹?

Taking a closer look at how TCA antidepressants function, they block a number of receptors including peripheral alpha-adrenergic, histaminic, muscarinic and central serotonin receptors. Blockade of alpha-adrenergic receptors can cause hypotension.¹? Blockade of muscarinic receptors can cause signs of anticholinergic toxicity, such as tachycardia, fever, dry mouth and skin, decreased bowel sounds and altered mental status. Blockade of histamine receptors can also cause altered mental status. TCAs can cause cardiac toxicity.¹? So clearly, an important distinction to be understood is that many pharmaceutical antidepressant medications possess many side effects and toxicity when used in the long run.

Having said that, Nootropics can indeed still elicit side effects, however, these are on a less severe scale. It is up to the individual to gauge how they feel, with a high level of self-awareness, in order to prevent the likelihood of side effects manifesting.

What’s quite ironic is that many nootropics, such as Saffron, Ashwagandha, and ALCAR all elicit some degree of antidepressant effect.¹? ²? ²¹ However, they are also coupled with neuroprotective qualities at the same time! This translates to better brain performance in the long run, potentially staving off cognitive decline, whilst also supporting mood.

In fact, some of the antidepressant properties of these nootropics are through mechanisms completely different to that of antidepressant medications. For example. ALCAR, a naturally occurring molecule, causes a rapid, robust, and long-lasting antidepressant effects in a genetic model of depression, and in mice exposed to chronic unpredictable stress, which model environmentally induced depression.²²

Another important point to understand is that nootropics can have longer lasting effects, as compared to antidepressants. Take CDP Choline for example, this nootropic is known to increase dopamine receptor concentrations in regions of the brain associated with goal-oriented behaviour.¹? This essentially can translate to perceivable benefits to the individual, even weeks after dosing! What a bonus!

Nootropics exhibit longer term neuroprotective qualities, with compounding benefits the more you use them. 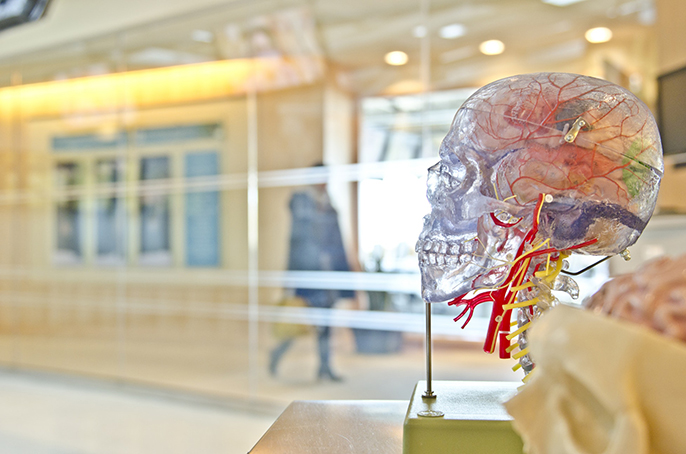 Nootropics, whilst they do exert antidepressant properties, are also able to protect the brain from chemical and physical stressors. Pharmaceutical antidepressants do not possess this.

In addition, pharmaceutical antidepressants are also associated with liver damage and toxicity, and thus can lead to secondary deleterious effects in the long run. Nootropics, on the other hand, possess low to minimal toxicity levels, and are thus safer for long term usage.

Some nootropic compounds are able to elicit powerful antidepressant effects in a very acute situation, and do not take weeks to take effect, like some pharmaceutical antidepressants.

Furthermore, nootropics tend to lack the significant side effects that pharmaceutical antidepressants seem to possess. Finally, nootropics, elicit compounding benefits, and thus can also elicit positive effects for the user, even when they don’t use them, ie. after cessation of dosing. Take your pick.