In observance of the Queen's passing, we will not be shipping orders on Monday the 19th of September. Shipping will resume on Tuesday the 20th of September.

Successfully added to your cart
Quantity
Total
There are 0 items in your cart. There is 1 item in your cart.
Total products (tax incl.)
Total shipping (tax incl.) To be determined
Tax £0.00
Total (tax incl.)
Continue shopping View Cart & Checkout
Sign in & Register

> Blog >The Best Natural Nootropic Alternatives to Caffeine for Energy

The Best Natural Nootropic Alternatives to Caffeine for Energy

The daily consumption of coffee/tea is a highly popular strategy deployed by many to improve both physical and mental energy. It is well established that caffeine appears to exert a psychostimulant action, which is mediated via many pathways within the brain. Caffeine does indeed produce psychomotor-activating, reinforcing, and arousing effects, which depend on its ability to disinhibit the brake that endogenous adenosine imposes on the ascending dopamine and arousal systems.¹

However, many users are very familiar with the addiction and tolerance that results from prolonged use, which albeit, is inevitable and not so enjoyable. In fact, many users notice that their ‘baseline’ is actually worsened, with prolonged use of caffeine.

Some commonly reported side effects of caffeine withdrawal include headache, drowsiness and decreased alertness.² So the question arises… How can I achieve this “caffeine-like-energy” without experiencing major withdrawals? How can achieve a caffeine-like stimulation, through more sustainable nootropics? The answers lie throughout some very unique and unexplored nootropic compounds about to be evaluated. Not only can some of these nootropics mimic the effects of caffeine, they also exert benefits in other regions of executive function, with minimal side effects - leaving caffeine unmatched.

In this article, an exploration of the best caffeine alternatives will be presented. In addition, an in-depth analysis of each compound (Teacrine®, Dynamine®, Zynamite®, EnXtra™, and NALT) regarding dosages, mechanisms of action, how to use them and the benefits of each will be discussed. 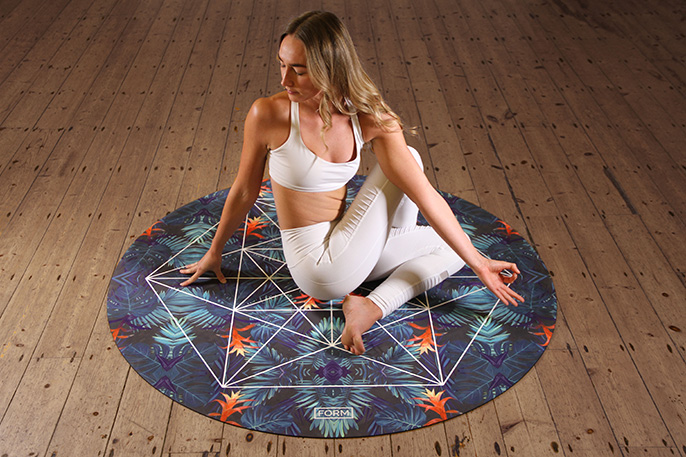 The first nootropic we are going to ‘focus’ on is Teacrine®. Now, many of you are probably unfamiliar with this nootropic compound, and that’s not a surprise. It is a relatively new compound in the nootropics/gaming space. In fact, it has been regarded as one of the most used ingredients in pre-workout formulas...for good reasons.³ It is also known as Chinese bitter tea, Kucha, 1, 3, 7, 9-tetramethyluric acid and is found in Camellia Kucha Tea Leaves and Cupuaçu (Theobroma grandiflorum).? Teacrine® is a purine alkaloid molecule with a similar chemical structure to caffeine, although it contains an extra methyl group, which alters its psychoactive properties.

But what makes Teacrine® so special and unique compared to caffeine? The key differences are:

So as you can see, Teacrine® outperforms caffeine in many domains, and is not associated with addiction or the dreaded crash. Now let’s take a look at some of the benefits it has to offer you.

Teacrine® is primarily recognised by users to deliver a wakefulness-promoting effect, whilst at the same time, providing an increase in mental alertness and clarity. These effects are likely mediated through activation of dopamine receptors.? In addition, Teacrine® increases locomotion (re: activity levels) by acting on both the adenosinergic and dopaminergic systems. Researchers injected rats with 0, 24, or 48mg of Teacrine® per kilogram of body weight and found that those administered the highest dose significantly increased activity levels compared to rats in the control group.¹? This translates to better physical activity levels, and is likely a versatile nootropic that can be consumed to tackle tasks that you have been procrastinating for so long!

Teacrine® is not an agonist of, nor does it bind to, any of the Dopamine receptors, meaning that it will not cause downregulation of these receptors in the long run, which many addictive stimulant drugs do.¹¹

Finally, Teacrine® packs a punch when it comes to fighting fatigue and promoting endurance. One study noted a 27–38% improvement in Total Time To Exhaustion and reflects increased performance capacity that may have important implications for overtime scenarios. These findings suggest Teacrine® favorably impacts endurance and the combination with caffeine provides greater benefits on cognitive function than either supplement independently.¹³

Typical dosages of Teacrine® range from 100-300mg per day. It is best used in the morning, given its long half-life. 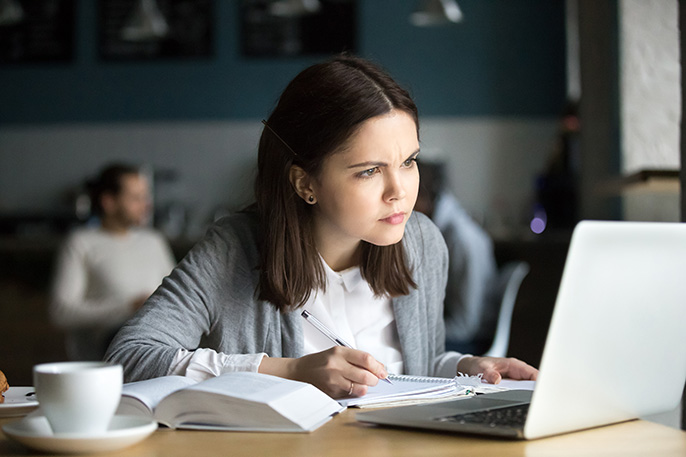 The next nootropic we are going to explore is Dynamine®. This particular is ingredient extremely new to the scene, however, it certainly provides some very promising effects as compared to caffeine. Dynamine® is methylliberine, a purine alkaloid found in the Kucha tea leaf. Its molecular structure is similar to Teacrine® and is believed to behave in similar ways in the body. Like Teacrine®, methylliberine may amplify feelings of energy, mood and focus by activating dopamine receptors and other key neurotransmitters, and inhibiting adenosine receptors.¹??

Whilst research is quite limited, this compound does appear to yield some interesting effects, that are likened to caffeine. In terms of its main features, it holds promise to activate arousal systems in the brain and support mental energy and focus.¹?

It differs from caffeine, in that it seems to provide more of an acute energy/arousal promoting effect in the individual. It has a faster onset and a steady come-down according to Compound Solutions.  So one might want to use this immediately prior to a game/activity that requires intense focus and mental stimulation, where effects are required immediately and on demand.

Dynamine® stimulates the release of the two neurotransmitters, epinephrine (aka. adrenaline) and norepinephrine (aka. nor-adrenaline), which are responsible for increasing focus, mental alertness, energy and also utilising body fat for energy.

Dynamine® may also activate Dopamine receptors (both D1 & D2) to increase the amount of dopamine being released. Dopamine is known as the ‘feel-good hormone’ in the body and is responsible for motivation, satisfaction, drive and is highly responsible for goal-oriented behaviour.¹? These features are what makes Dynamine® a very unique nootropic as a caffeine alternative.

Dynamine® may also stack well with other dopamine increasing nootropics, such as NALT. 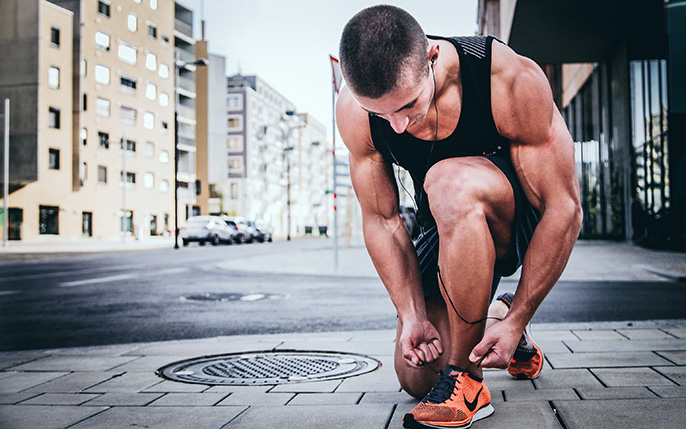 The next caffeine alternative is Zynamite®. Zynamite® is a unique and natural mango tree (leaf) extract. Zynamite® is Nektium’s patent-pending proprietary Mangifera indica extract standardized to ? 60% mangiferin. The active principle of Zynamite® is mangiferin, a natural xanthonoid polyphenol. Ultra-high-performance liquid chromatography (UHPLC) with photodiode array detection (PDA) is used to provide high-resolution separation, identification, and quantification of Zynamite®’s mangiferin - with Nektium leading the industry for this extract.

Zynamite® appears to exert many properties similar to caffeine. One study demonstrated potent neuroprotective effects, combatting cadmium exposure.¹? Cadmium itself is a heavy metal and exerts toxic effects on dopamine and serotonin regulation in the brain.¹? Zynamite® is highly suited for stressed or fatigued people that lack enthusiasm and mostly feel exhausted and apathetic.

One study showed Zynamite® to be associated with reduced fatigue after only 1.5 hours, analyzed with the Profile of Mood States questionnaire (POMS). Zynamite® reduced stress during the Calculation Performance Tests, evidenced by Galvanic skin response.

In addition, Zynamite® had no side effects and no change in heart rate variability or blood pressure over the course of the study-variables typically affected by caffeinated products.¹? In addition, the findings of behavioural models of anticholinesterase activity imply that Zynamite® possesses memory enhancing properties in young mice, due to its antioxidant property.¹? It may delay the process of neurodegeneration and the natural aging process.

Moreover, this potent neuroprotective characteristic is well supported by the neurochemical basis and histopathological findings. Hence, Mangiferin could be useful in conditions associated with neurodegenerative disorders of Alzheimer's type.¹? Caffeine alternative with benefits for long term brain function… That sounds exciting to use on a daily basis!

Dosages range from 100 - 800mg per day, however, it is best to start low and assess tolerance. The standard dosage is 200mg. 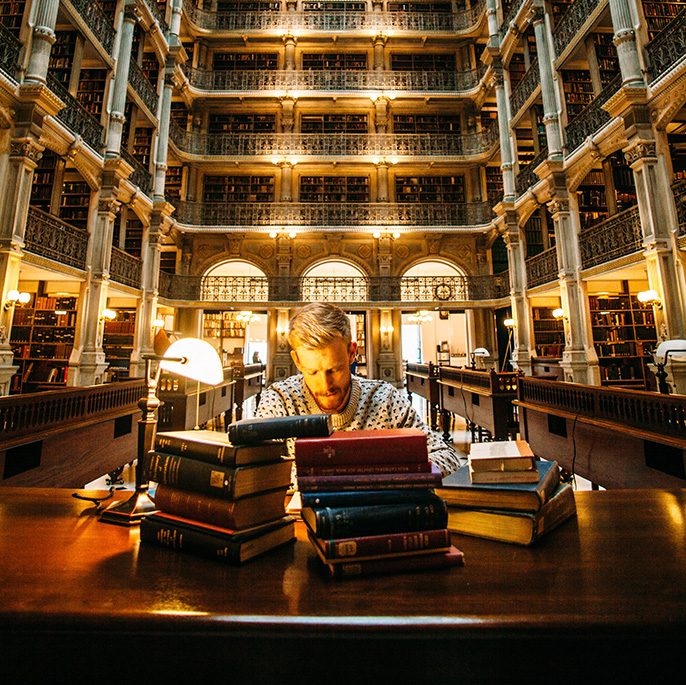 EnXtra™ is a patented extract of the herb known as Alpinia galanga is a DNA-authenticated, stim-free energy ingredient that provides fast, effective and safe energy with no crash.²¹ Alpinia galanga and two other herbal extracts on which a preliminary screening study was conducted to analyze their central nervous system (CNS) stimulant potential. The results indicated a remarkable psychostimulant potential of A galanga in animals, and preliminary studies also indicate a similar potential psychostimulant effect in humans.²? The principal objective of this study was to develop a safe alternative psychostimulant for increasing mental alertness without disturbing sleep architecture.

The first study in humans to demonstrate the psychostimulant effect of A galanga in comparison with caffeine and placebo on some of the important aspects of attention. The statistically significant results serve as constructive evidence for the beneficial effect of EnXtra™ on the enhancement of mental alertness and sustained attention.²? Thus, this study was an effort to confirm the acute psychostimulant benefits of EnXtra™, rendering it a novel energy ingredient for day-to-day use. In summary, these findings support EnXtra™ potential to create a significant impact on real-life work performance with an absolute requisite of mental alertness for populations such as drivers, video-gamers, college students, and athletes, who always strive to perform better.

In a 53-person, double-blind, double-dummy human clinical trial, EnXtra™ was shown to improve mental alertness & acuity for up to 5 hours without increasing heart rate or blood pressure. EnXtra™ can be used as a replacement for caffeine or used with caffeine to prevent a crash and prolong benefits.²¹ 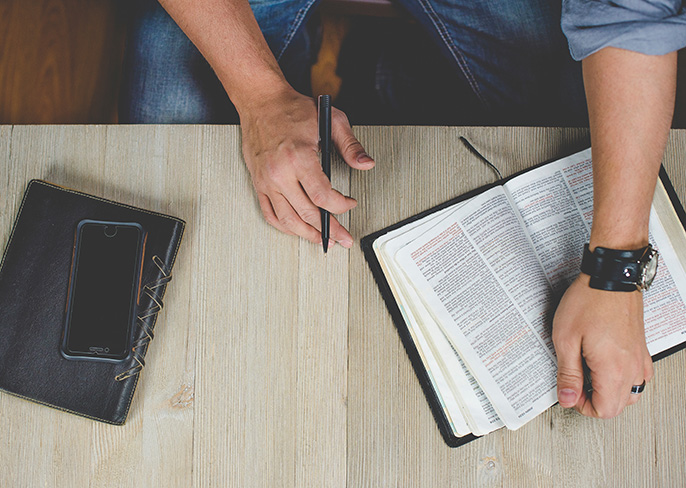 The final caffeine alternative is considered to be a classic. N-Acetyl-L-Tyrosine (NALT).

NALT is a very smart strategy to replicate the dopamine push that users gain from caffeine, without the crash. It is essentially an acetylated version of the non-essential amino acid L-Tyrosine. NALT or plain L-Tyrosine. NALT is a more soluble form of L-Tyrosine so it should be more bioavailable to your body.²²

Studies suggest that NALT provides greater cognitive enhancement when cognitive demand increases. The bottom-line; supplementation of NALT may help you increase your IQ score due to maximizing catecholamine reserves.²³ Stress drains brainpower. Part of the reason why: Stress notably depletes catecholamine brain chemicals and the NALT that is needed to create them.

Caffeine also is known to increase catecholamines, however, it tends to deplete them over time. Low catecholamine levels make the brain even more susceptible to the negative effects of stress, which drives brain chemicals down further in a vicious cycle. Unbalanced catecholamine levels are associated with brain degeneration and problems with attention.

Many users find that they respond better to this form of Tyrosine, as compared to just regular L-Tyrosine. This is likely due to the fact that it has an acetyl group to its structure, and possibly increases acetylcholine, similar to how ALCAR does. Bare in mind, Acetylcholine works in unison with dopamine to provide one with sustained mental endurance and clarity.

Typical dosages range from 350mg-700mg per day preferably away from other food.

As you can see, caffeine doesn’t have to be your only go-to for an energy/pick me up. These nootropic compounds listed above can easily be rotated into your regime. Keep in mind, it is best to cycle nootropics, for greater effects (Not necessary for Teacrine® though). As with most of these compounds, it is also better to start with the minimum effective dosage and work your way up. This will not only give you a better understanding of how the nootropic is impacting your mental/physical performance, but also allows the opportunity to adjust the dosage to find your “sweet spot”. 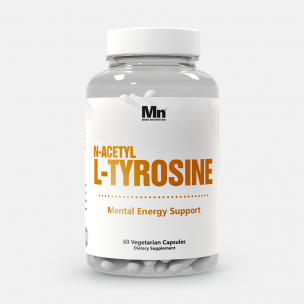 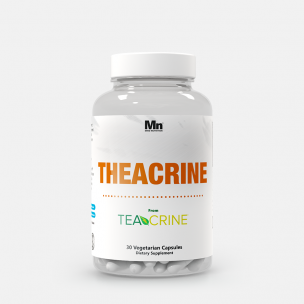 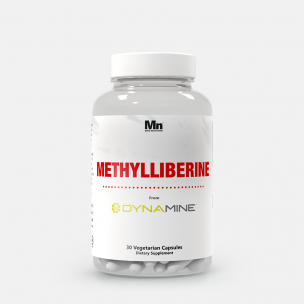