> Blog >The Effects of Long-Term Nootropic Use

The Effects of Long-Term Nootropic Use

Some users of nootropics seem to feel that like most other supplements, these ‘brain boosters’ should be cycled (periods of use interspersed with regular ‘off’ periods) in order to maintain their long-term effectiveness.

However this author disagrees with that philosophy, and I shall explain why.

Certainly, there are supplements that should be cycled and some of these may fall under the general category of ‘nootropic’, however they are those supplements that contain stimulant properties (and as such are not genuine ‘nootropics’ in my opinion, since they will boost catecholamine levels, thus blunting neuronal activity in the hippocampus – see related article on Ritalin, etc).

Stimulant–containing supplements, with ingredients such as sulbutiamine, tyrosine, caffeine, etc, need to be cycled in order to prevent tolerance and a reliance on ever-increasing dosages to elicit the same level of physiological response.

Genuine nootropic substances, such as Neurostim and Neurochill, should not need to be cycled (unless cost is a limiting factor) and indeed confer significant benefit from being used continuously for long periods of time. The reason for this is a neurophysiological phenomenon known as neuroplasticity.

Neuroplasticity refers to the ability of the nervous system to adapt continuously over time, in response to the environmental and behavioural stresses placed upon it. It is the reason why certain individuals who receive massive trauma to the brain may recover almost completely, even when half of the brain has been surgically removed.

It is the reason why you can find yourself becoming more and more adept at a specific mental task, or series of challenges. Do you remember back in time before we all had mobile telephones? I bet you were quite good at memorising telephone numbers. I know I was. Now that we no longer ‘train’ our brains to memorise long strings of numbers, most of us have ‘lost’ that ability. That is neuroplasticity at work. We don’t keep abilities that we don’t regularly practice.

And so it is with learning. The more we force ourselves to study, the better the brain becomes at learning new information.

For the nootropics user, the effects of long-term nootropic use can be almost god-like in their cumulative effect. You see nootropics facilitate learning and recall. This causes you to become ‘good’ at learning and as most of use appreciate, the ‘better’ you are at something, the more you tend to do it, which creates a positive feedback loop.

BUT, on the cellular and sub-cellular level, certain nootropics can directly facilitate synaptogenesis – the formation of neural pathways and connections within the CNS. This is a directly accelerated form of neuroplasticity. Synaptogenesis occurs naturally and is thought to be almost entirely responsible for the learning of new skills and the reinforcement of existing skills and memories.

Now it would be foolish to assume we could keep accelerating our learning infinitely, but having experimented with this phenomenon personally, by taking Neurostim almost continuously for over 3 years, I can vouch for the fact that the end result (in my case – further nootravelling is entirely possibly, I suspect) can be a totally surprising and impressive experience.

I once wrote an article about this and I called it ‘unconscious learning’ because I was no longer consciously studying all my material, but rather seemed to pick it up by a process of ‘cognitive osmosis’. Simply being around the top students in my class whilst they discussed and learned themselves, seemed to confer their knowledge into my cortex. I knew things that I didn’t even know I knew. People would ask questions and I would ‘see’ the answer literally before they had finished asking the question. Some of them became annoyed and thought I was trying to show off, but it was simply the case that I couldn’t help myself from blurting out the answers, since I was so surprised that the answers were so readily available to me.

Enough of the self-aggrandisement. Suffice to say that long-term use of nootropics can (in my opinion and experience) confer benefits far above and beyond even the not-inconsiderable benefits to be had from intermittent noop use.

The human brain is a beautiful, fluid, organic learning engine that can truly surprise and amaze. Continuous nootropic use only facilitates this. Try it for yourself. 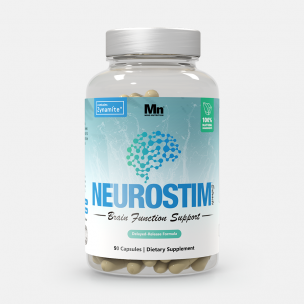